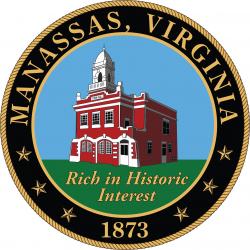 The Mission of the Office of Commonwealth's Attorney for the County of Prince William and the Cities of Manassas and Manassas Park is to protect and safeguard our community through the prevention and determent of crime. As public servants, we will vigorously enforce our laws, pursue the truth, and deal openly and honestly with the community, law enforcement agencies, and victims of crime.

Amy Ashworth has been a practicing attorney in Prince William County for 24 years. Amy spent 19 years as a prosecutor representing the citizens of the City of Manassas Park and the Town of Haymarket and as an Assistant Commonwealth's Attorney for Prince William County. During her tenure in the Commonwealth's Attorney's Office, she was in the Special Victim's Unit prosecuting violent offenders who preyed upon the most vulnerable and innocent victims. Amy prosecuted homicides, child physical and sexual abuse cases, rape and sexual assault cases, and domestic violence cases.

Before joining the Office of the Commonwealth's Attorney in 2005, Amy was in private practice in Manassas, Virginia, for ten years handling cases in the fields of domestic relations, criminal defense, and juvenile law, as well as acting as Guardian ad litem for cases within the 31st Judicial District.

Preceding her election to the position of Commonwealth's Attorney, Ms. Ashworth was a managing partner at Farrell & Croft PC, in Manassas Virginia.