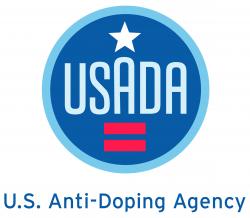 The U.S. Anti-Doping Agency (USADA) is recognized as the national anti-doping organization for Olympic, Paralympic, Pan American and Parapan American sport in the United States. The recognition tasks USADA with drug-testing and results management responsibilities for these athletes, however USADA is equally dedicated to preserving the integrity of sport through research initiatives and educational programs that inspire a commitment to true sport in the next generation of athletes.

Internationally, USADA is at the forefront of the anti-doping movement, considered the gold standard in many areas of anti-doping program management. In addition, our employees are held to the same high standards exhibited by athletes who fully embrace true sport: Integrity, Respect, Teamwork, Responsibility, and Courage.

USADA’s office is located near the Rocky Mountain foothills of northwest Colorado Springs, Colorado, a city that is home to the United States Olympic & Paralympic Committee and numerous Olympic and Paralympic sport national governing bodies.

Email me jobs from USADA