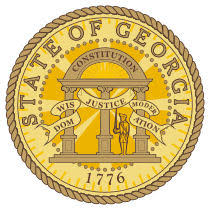 The office of District Attorney in Georgia dates to the division of the colonial office of Attorney General into an Attorney General and a Solicitor-General in 1789. It is the only local prosecutor’s position in the United States whose origins can be traced directly to those English common law offices. As additional Judicial Circuits were created, additional Solicitors General positions were created in the new circuits. In 1968, the title Solicitor-General was changed to District Attorney and the office became a full-time position whose incumbent could not engage in the private practice of law.

The District Attorney is the chief prosecuting officer for the State of Georgia within each of the State’s 49 judicial circuits. Judicial circuits consist of one to eight counties and are generally named for a geographical feature within the Circuit.

Each District Attorney’s office has a full-time staff of assistant district attorneys, investigators, victim assistance and administrative personnel who assist the District Attorney in carrying out the duties of the office.