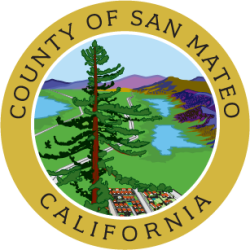 San Mateo County was formed in April 1856 out of the southern portion of then-San Francisco County with a population of fewer than 5,000 people and little in the way of commerce. Today, more than 764,000 people call San Mateo County home and it stretches the boundary of Silicon Valley northward. Innovation thrives here in industries including bioscience, computer software, green technology, hospitality, financial management, health care, education and transportation. The County prides itself on how that prosperity fosters its commitment to protecting and enhancing the health, safety, welfare and natural resources of the community.

Within its 455 square miles bordered by the Pacific Ocean to the west and San Francisco Bay to the east, the County is known for its mild climate and scenic vistas. Nearly three quarters of the county is open space and agriculture remains a vital contributor to our economy and culture.

The County of San Mateo provides for the health and welfare of all people within its borders and serves as the local government for the unincorporated areas. Voters elect a five-member Board of Supervisors and six additional County officials: the Assessor-County Clerk-Recorder/Chief Elections Officer, District Attorney, Controller, Coroner, Sheriff and Treasurer-Tax Collector.

Email me jobs from County of San Mateo