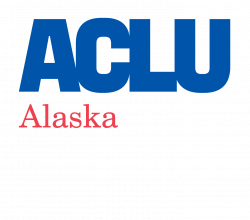 Since our founding in 1971, the ACLU of Alaska has been the premier civil rights organization in the 49th state. The ACLU is the nation's guardian of liberty: through our litigation, legislative expertise, grassroots advocacy, and public education efforts, we work to protect the civil rights and individual liberties enshrined in the U.S. and Alaska Constitutions. We strive to ensure that those who have historically been denied their rights are afforded the same protections as everyone else, including people of color, members of the lesbian, gay, bisexual and transgender community, prisoners, and Alaska Native peoples.

We address a wide range of constitutional violations and civil liberties issues. Examples include:

Email me jobs from American Civil Liberties Union of Alaska