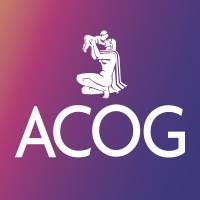 The American College of Obstetricians and Gynecologists

Members are referred to as fellows and use the post-nominal letters FACOG to indicate their status. To become a fellow, candidates must become certified by the American Board of Obstetrics and Gynecology[3]and then nominated to the college by another fellow. Board certification involves a two-part exam, usually taken over a two-year period. The first part is a written exam, which is taken the first year the candidate is "eligible" (typically in the final year of obstetrics and gynecology residency training). The second part is an oral exam, taken the year after the written exam is passed. The oral examination is based largely on a collection of a year's worth of medical and surgical cases known as the "case list".

Obstetrics & Gynecology is the official publication of the ACOG. It is popularly known as "The Green Journal".[4] In 1986, the organization successfully challenged an anti-abortion law in Pennyslvania before the U.S. Supreme Court in Thornburgh v. American College of Obstetricians and Gynecologists.[5]

Email me jobs from The American College of Obstetricians and Gynecologists